Woody Quacks Me Up! 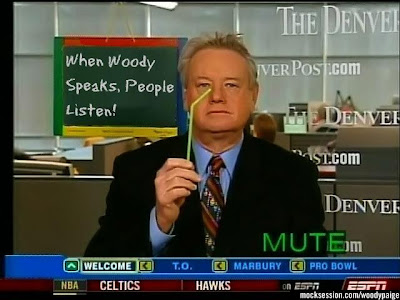 Woody is my favorite pundit on ESPN's "Around the Horn." Oh yes - - - I DO watch it every evening! 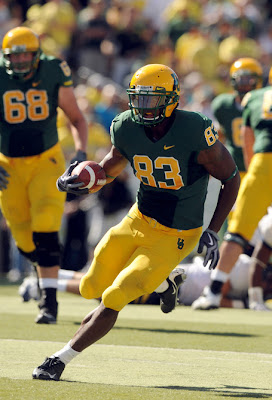 (photo from inhistoric.com)
Last night, when they were discussing the Oregon State/Oregon game which was played a few hours later - - - 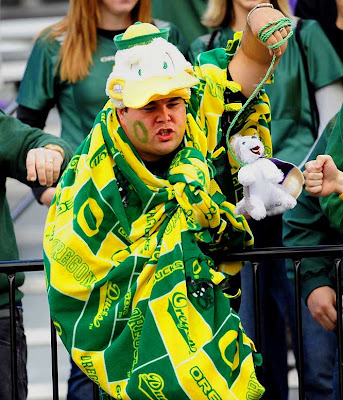 (photo from sikids.com)
Woody said words which quacked me up. He said: 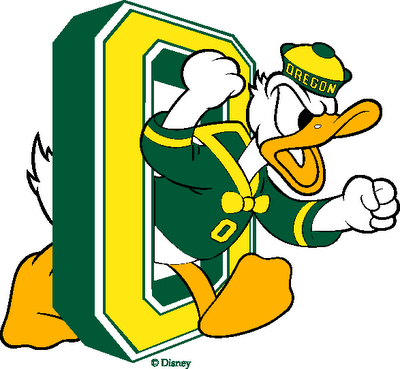 (graphic from whencarcajousattack.blogspot.com)
"It's a known fact that the only things on Earth that are visible from space are the Great Wall of China and the Duck's football uniforms!"

Hehehehehehehehe - - - if that doesn't make you laugh, your giggle is broken!!!

And, those Ducks topped off their season by beating the Beavers to win the Pac 10 championship which entitles them to play in the Rose Bowl on New Year's Day.

Posted by Keetha Broyles at 6:03 PM

Oh my dear it is you who makes me giggle.
I have never seen that program.

Have you seen *Bandits*
with Billy Bob Thornton?
SO Dang Funny. I have seen it several times and i still laugh in anticipation all through it.
ANyway, at one point BBT yells out, "Beavers and Ducks" for no reason.
Now members of my extended family yell it at random moments.

I'd have laughed at that one, too! You found some great photos, too!

We spent three years in Eugene (in the 80s) while my husband earned his Masters in Chemistry. When my big brother heard our mascot was going to be 'The Ducks', I thought he was going to wet his pants from laughing so hard. Hee-hee!
Somewhere I have a pic of hubby wearing a green and yellow striped long sleeved polo during our Oregon days. : )

You've gotta love the Mighty Ducks. I was afraid they might not pull that one out against Oregon State. I recall (dimly) a football game they played against the mighty Badgers when they scored about three times in the last two minutes. That was long ago when the mighty Badgers sucked bigtime.

I love Woody Paige. I miss my days in Denver and opening up the sports page to his column every day.

Good for the Ducks, and for Woody.