Stop whatever you're doing and air out the fragments that have been roaming around in the recesses of your brain.  Join us in all the fraggin' fun over at Mrs. 4444's place.
.
. 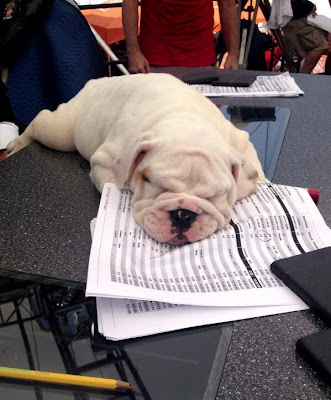 When Lee Corso picked Georgia to beat Clemson (he was wrong, by the way) on College Game Day last Saturday, they brought a couple of bull dog puppies onto the set.

This one promptly fell asleep on Kirk Herbstreit's notes. 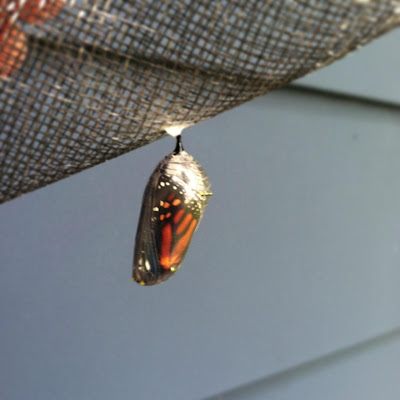 Maxzilla finished his (they say he's a she, but I like him as a he better) metamorphosis this week.

Isn't this stage absolutely AMAZING???  The fact that the chrysalis becomes a clear window and you can see the colorful wings through it is astounding!
.
. 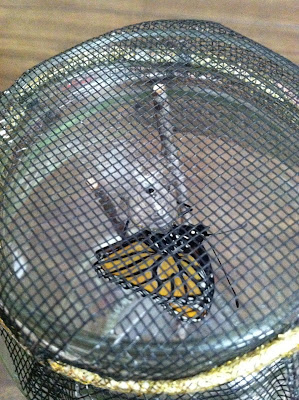 Furthermore, Maxzilla chose Labor Day to complete his morphing so our grans were home to observe the process.
.
. 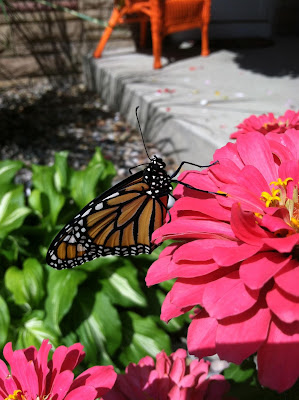 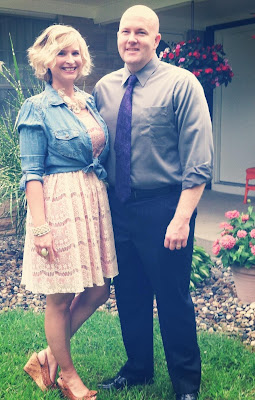 Our daughter Keri and her hubby celebrated their 9th Anniversary this week.  Aren't they the bees knees??

Keri took all those gorgeous Maxzilla photos above.

I think she should find a career in photography, don't you???
.
. 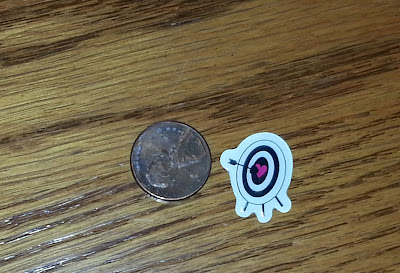 He has no clue where he got it nor why. 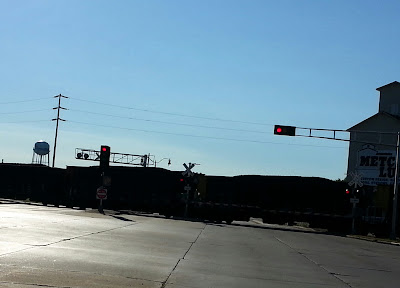 One afternoon this week on my way home from the library I decided to hop over to Dollar General for a few good deals.

I had plenty of time to snap the photo (into the setting sun) and even tweet about it.
.
. 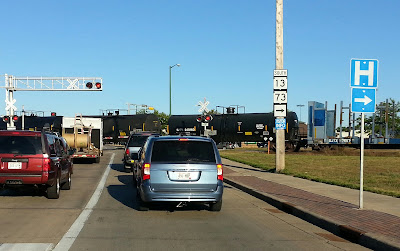 The train finally passed through the intersection and I continued on to Dollar General.

I shopped for maybe 15 minutes upon which I came out to head home, only to get caught at the VERY SAME INTERSECTION - going in the opposite direction this time - - - by ANOTHER train.

It was shorter and I barely had time to snap this picture and tweet it out.

And that, dear bloggy readers, is the TRAIN portion of this post.

I guess technically there ARE automobiles in the photo AND a huge noisy old plane has been taking off and landing at the airport across the street from us, so there you have it - - - I DID manage to include planes and automobiles in these frags!!!
.
. 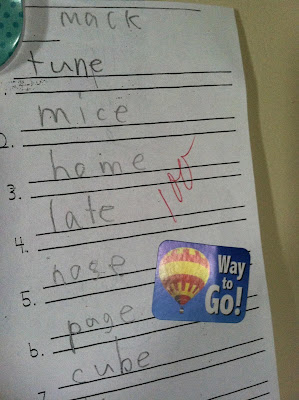 All Mack's hard work paid off - - - he had a MUCH BETTER spelling week this week. 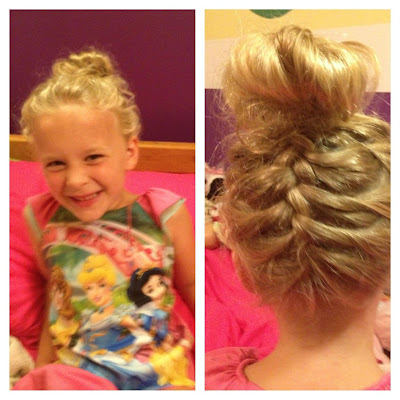 When mommy and daddy went out for their anni, Pipe's and Mack got to have their favorite babysitter.

Pipes BEGGED her to braid her hair. 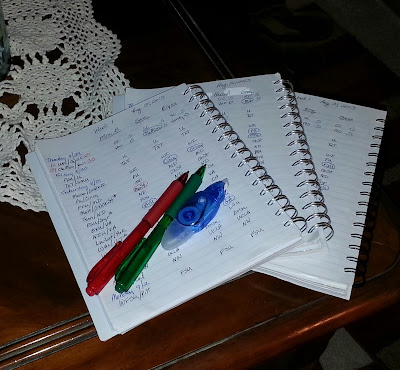 Here's a Fisherhubby tale about that:

He was LATE getting his picks in this week.  Being a hard-nosed commish, I did NOT remind him until after he had missed the deadline and he will get the SAME 20 point delay of game penalty as any other player.

When I told him he needed to get his picks in pronto, he disappeared into his room to submit them to me from his i-pad via e-mail.

Don't ask me how he manages these things - - - all I can say is that while he makes it his daily goal to "trap" me into some foolish action, all I have to do is sit around and wait and he does it to himself all by himself with no help from me. 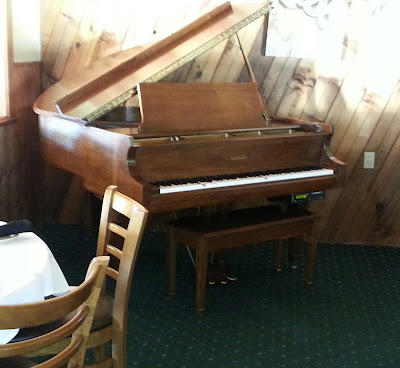 We found a new restaurant this week that had a player piano making very lovely ambiance.
.
. 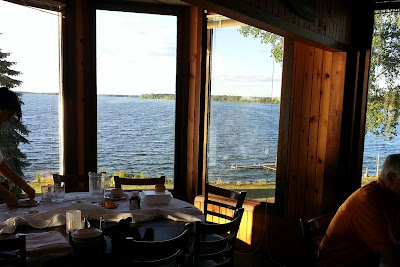 Of course the peaceful Petenwell Lake views from the windows served to enhance the ambiance.
.
. 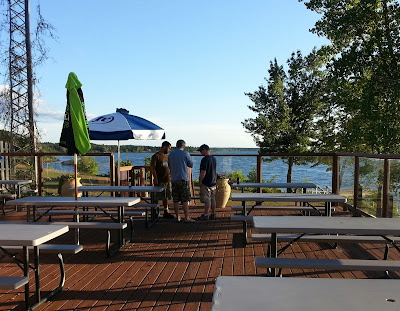 There was a lovely deck, but it's been too hot here in Central Wisconsin for us to enjoy it much.
.
. 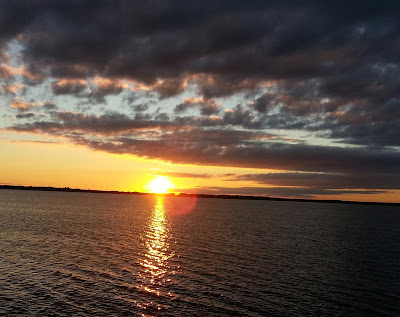 We did, however, certainly enjoy the sunset on the lake.
.
.

And that's it for this week's edition of frags.

Please head over to Mrs. 4444's place
To check out more frags.