.
The second stop on our 2012 Married Children Tour was Fort Wayne, Indiana at the home of our oldest son, Kelly. 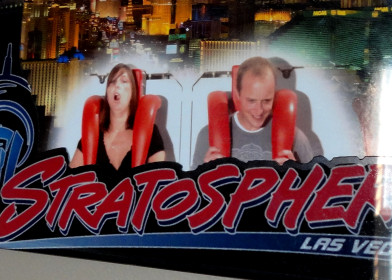 I snapped a photo of this photo on the wall of our bedroom.

It pretty much says it ALL about the differences between Kelly and his bride, Cathy.

Kelly is "out there" and Cathy is not.

Kelly is ornery, Cathy is not.

Kelly is loud, Cathy is not.

Kelly will say anything at any time, Cathy gets embarrassed.

I will leave you to figure out through which parental gene-lines these character traits flowed.

I'll just let you know they did not ALL come from me. 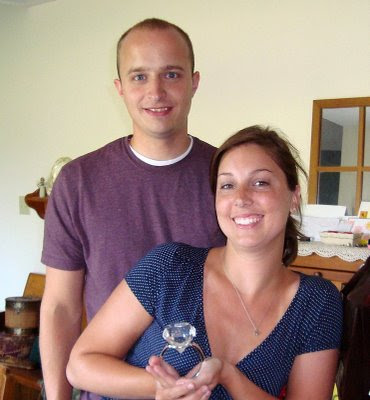 And since the top picture is probably going to embarrass Cathy half to death,  and since I FORGOT to take any pictures last evening while we enjoyed our dinner together out on the town, 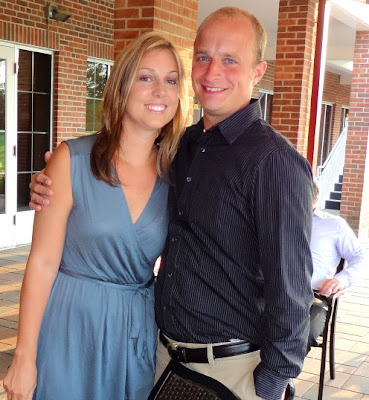 Let me post a couple of really good pictures of the two of them taken previously.  These show the pure sweetness that is Cathy and a little less of the orneriness that is Kelly.

Because really, down deep inside and hidden very well by all the bravado, is a very gentle heart in that oldest son of mine. 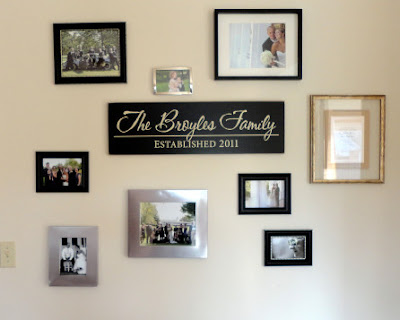 We are so tickled to have Cathy in our family for just over a year now.

She made this fun photo grouping on their living room wall commemorating their wedding day. 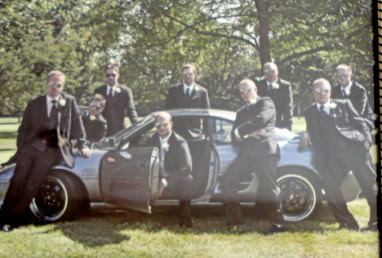 And this picture of one of those pictures says much about our son's personality - - - cars are a BIG DEAL with him.

Someday maybe I'll try to tell you HOW big.

I love the pictures on the wall.

Are you feeling better?

I love the picture wall and have toyed with doing something similar, except I returned to my maiden name, so my children and I have different last names... that would be one long sign! I may do something with initals, though.

the Superhero JUST said that he thought our dogs are so loud because I am so loud! I have no idea what that is supposed to mean:)

It is so lovely that you're going visiting like this. How wonderful that must be! Hugs! Love the "Broyles Family" wall!