Wherein The Adventure Spins Out of Control

Sometimes adventures are a bit scary.

And SOMETIMES adventures spin out of control like ours did today. 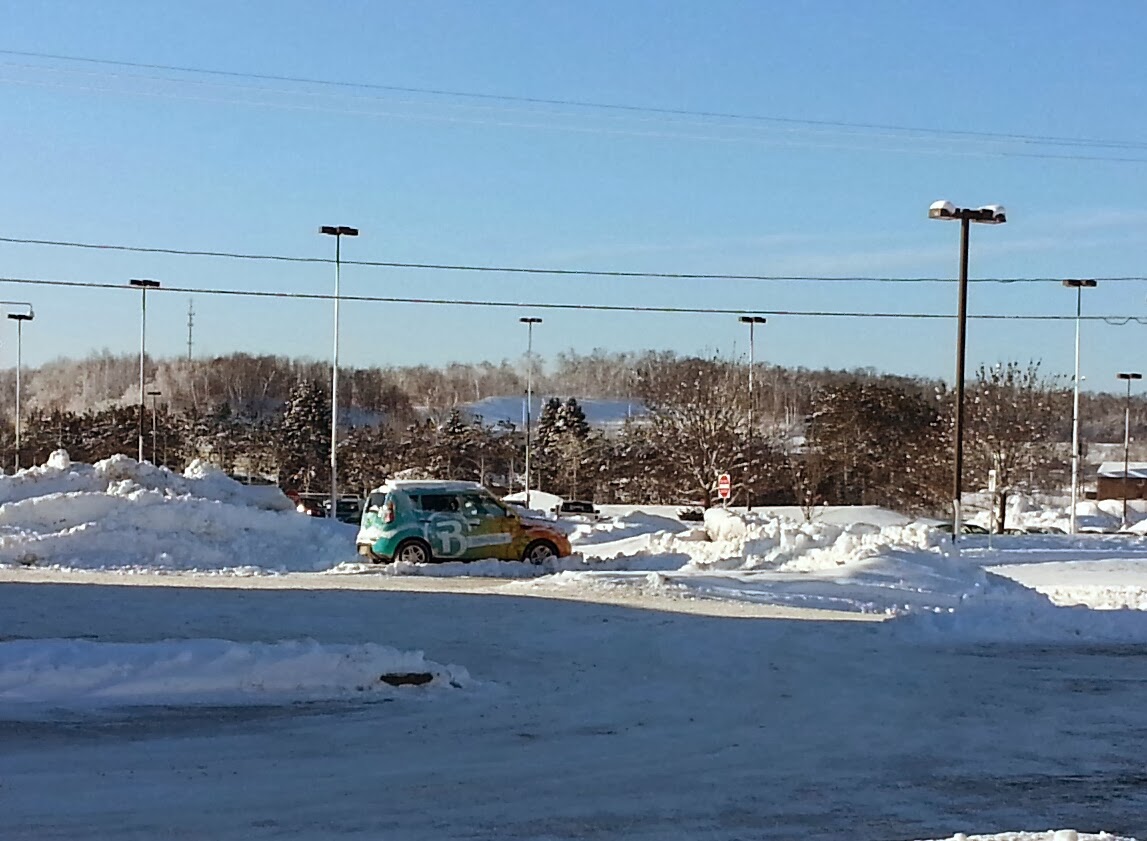 The morning was sunny and bright.  The fresh white blanket of snow made an absolute wonderland.

The highway was not so gorgeous unless you enjoy glare ice as slick as a soapy baby's hiney in a bathtub.

I was tooling down the road at a moderate 40 mph OR less as conditions warranted.

Foolish drivers, and by foolish I of course mean more foolish than me, were zipping by at ridiculous speeds.

I fumed.  I fretted.  I told Fisherhubby those speeders were gonna end up in the ditch and take me with them.

I spied a rest area which I needed for coffee elimination.  I slowed and attempted to GENTLY ease over one lane.  Suddenly- we were spinning across the ice.

When we came to a stop, this is what I could see out my window: 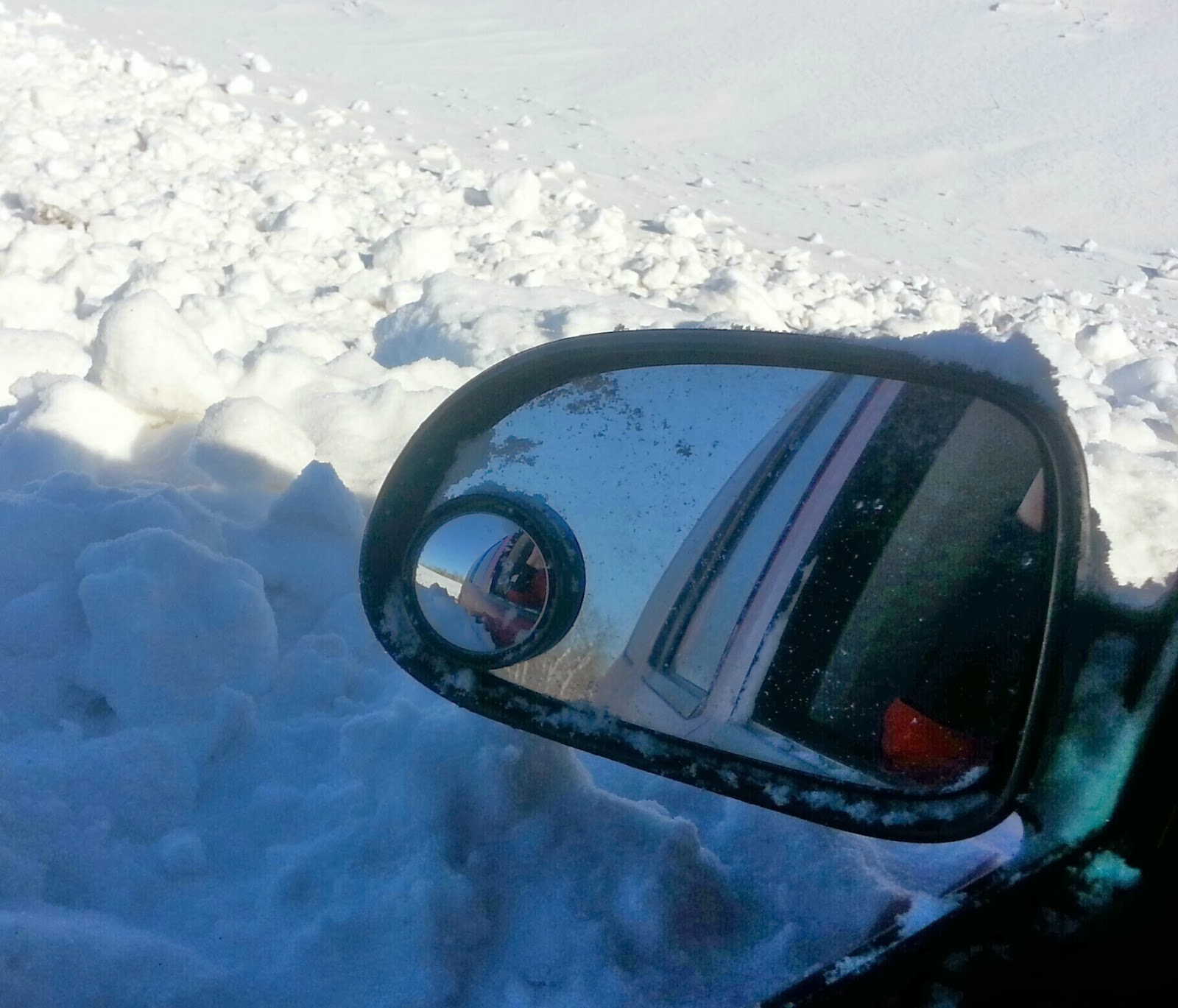 Thankfully we were not teetering in the edge if a precipice - which in a few yards we would have been.  But my door wasn't opening. 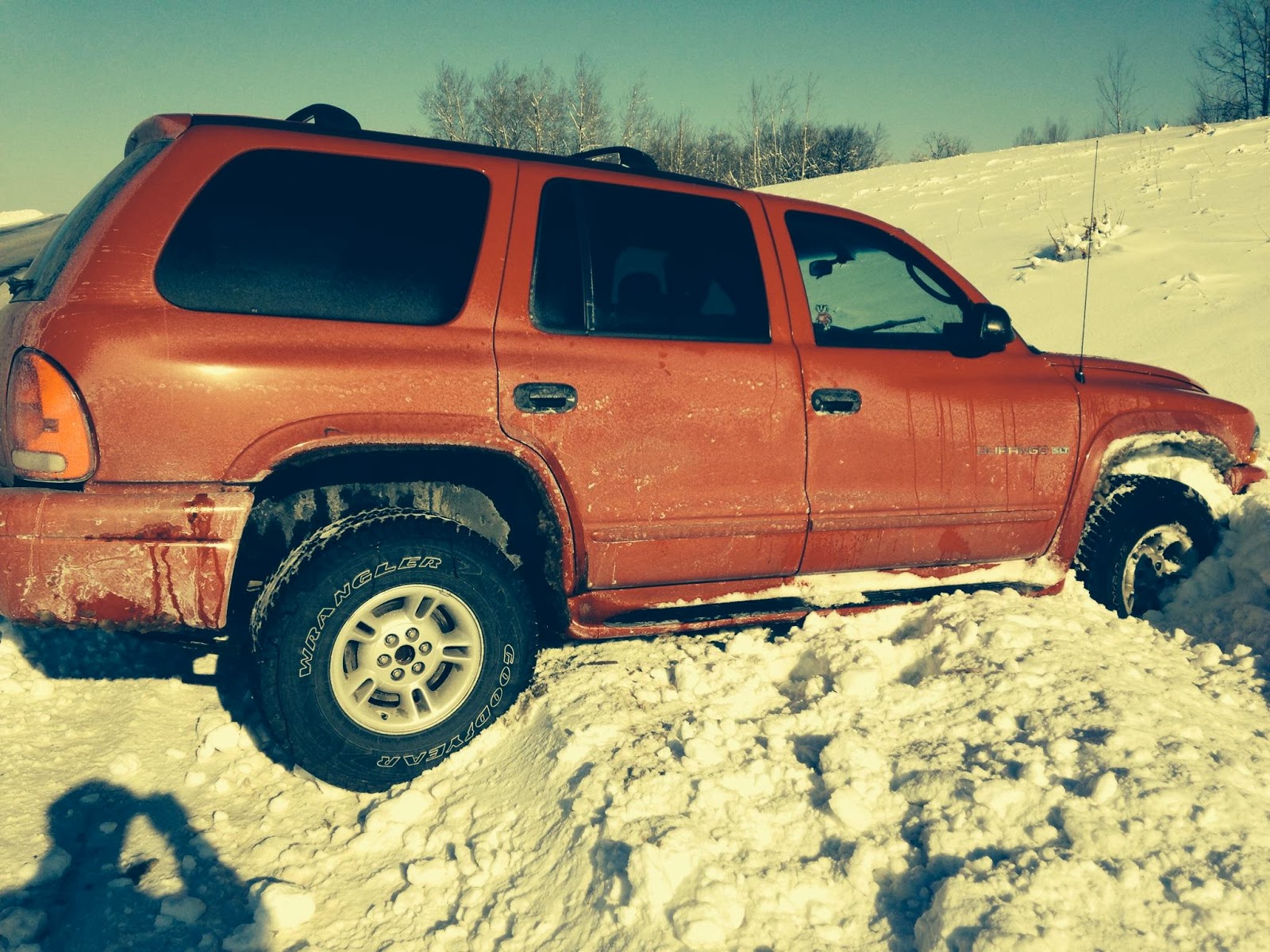 Fisherhubby could open his door so he got out to take these pix while I called 9-1-1 to beg for a tow truck. 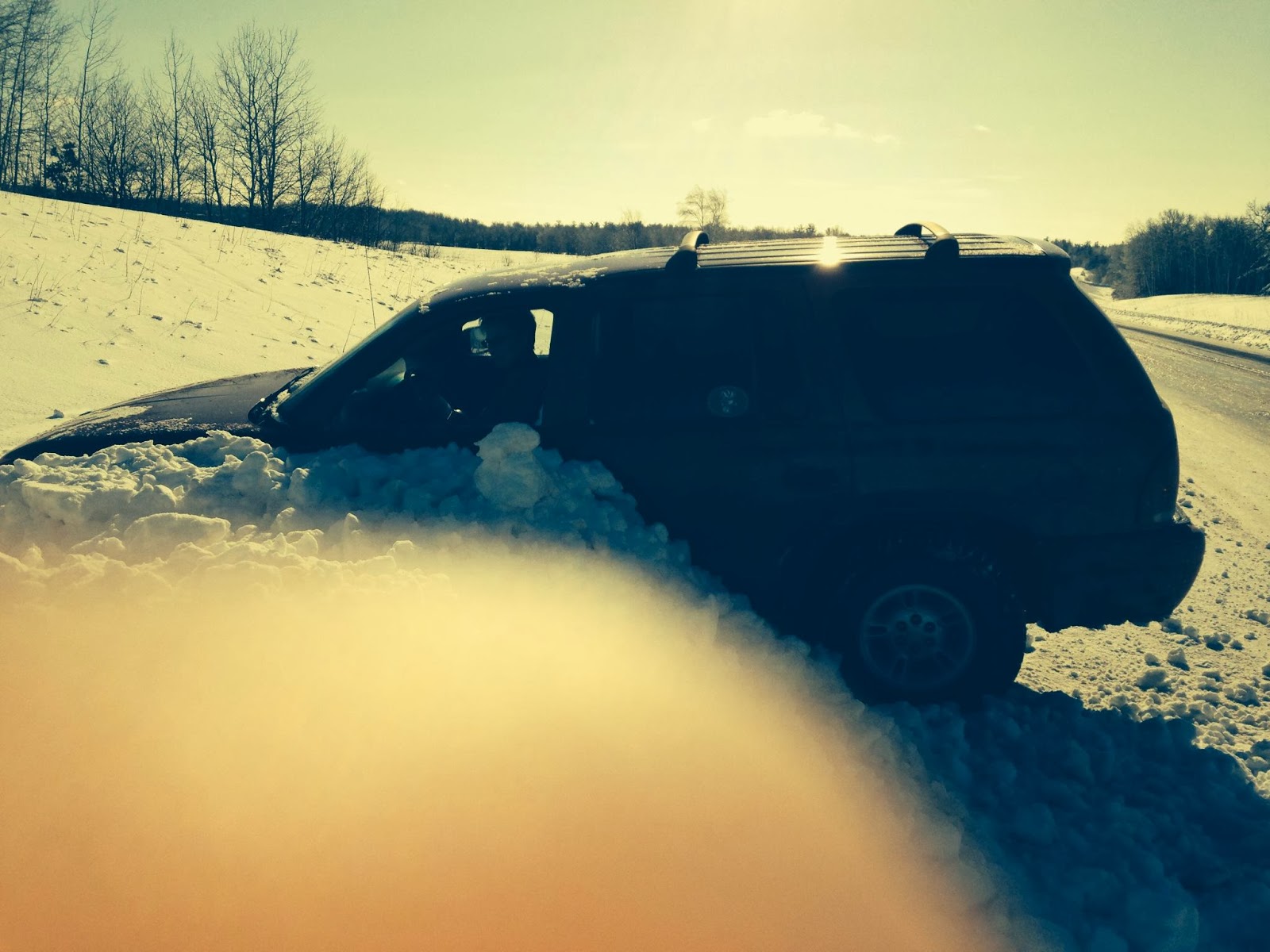 Because obviously I wasn't going anywhere.

The cars and semis whizzing by slowed nary one bit and I began to fear we'd be squashed like bugs in a rug if one of them lost control and came slamming into us. 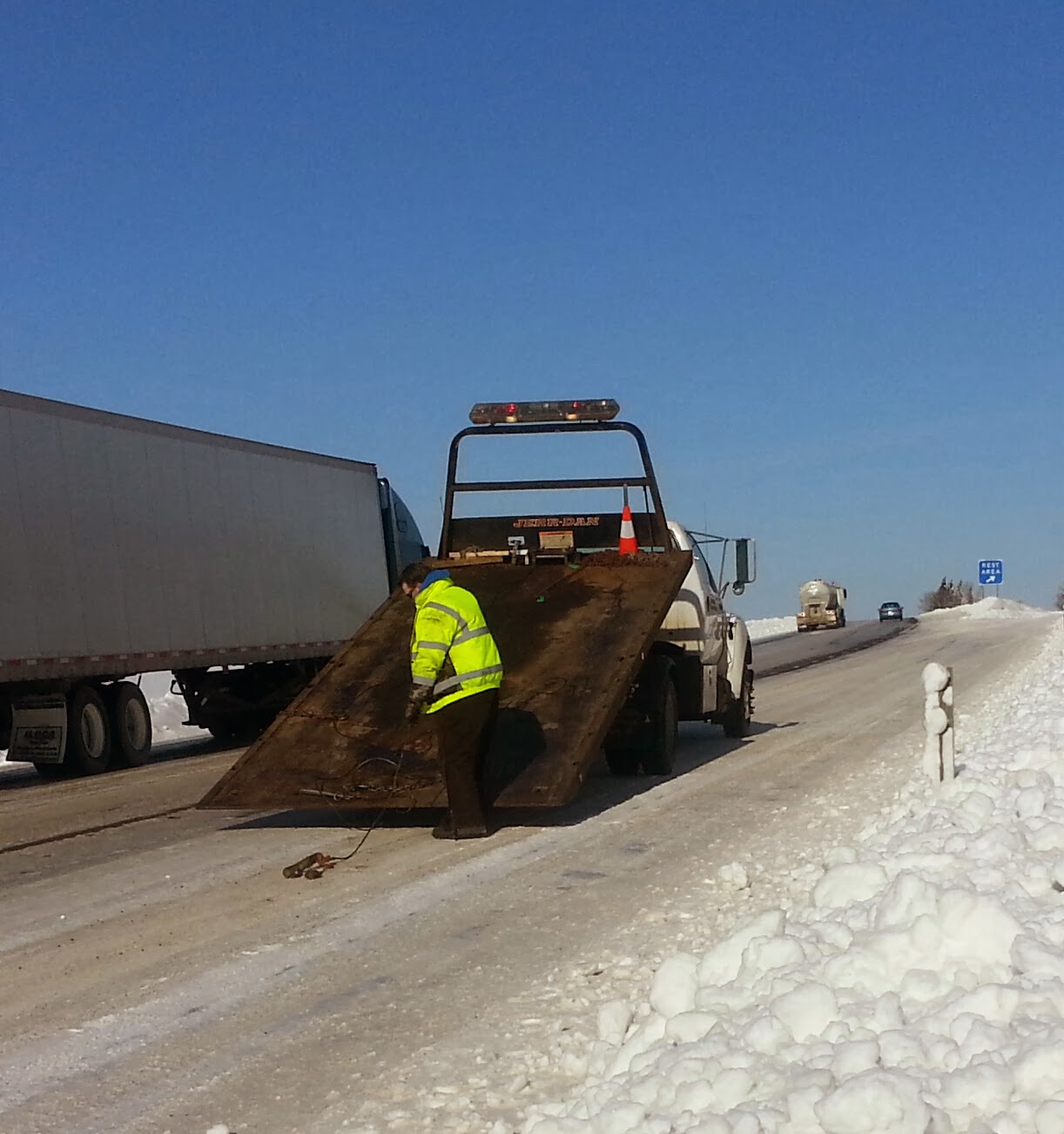 In a little while an angel, cleverly disguised as a wrecker operator, came.  He said he had two other cars besides us to extract from icebergs but that he came to us first because we were in a danger zone.

About that time an unmarked police car pulled up and stopped to observe my foolishness.

He asked for my driver's license to check my criminal history.   I guess it is now a crime to innocently spin out on ice and bury yourself up to your gills in a snow bank.

After about half an hour's hard work the angel released me from my icy prison. The undercover state trooper took pity on me and gave me back my license.

Oh but my joy was premature.   Our transmission would NOT go out of 4 wheel low.  Fearing the worst we slowly limped into Hayward and our hotel. We thought we'd be paying a pretty penny to some mechanic on Monday. 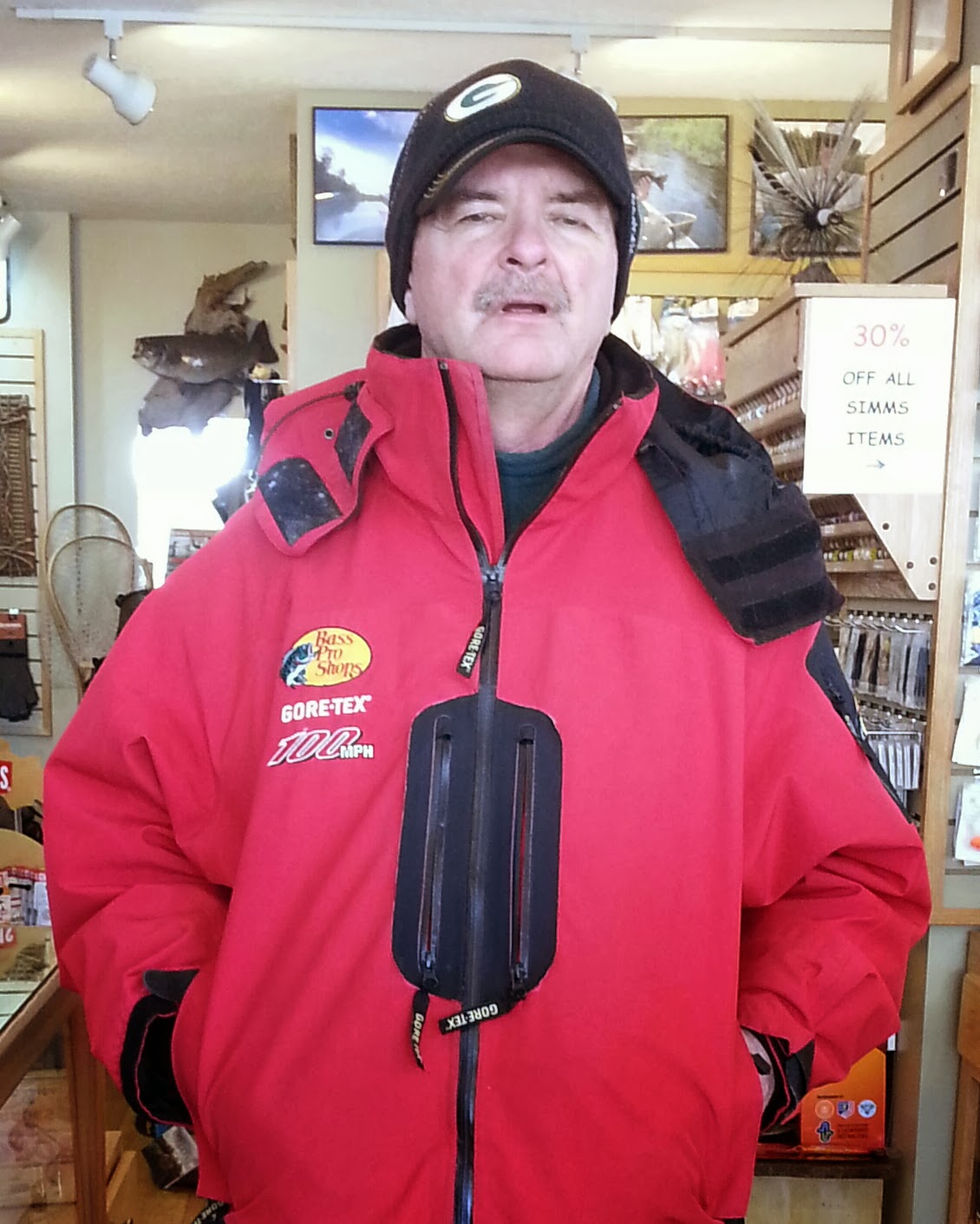 Later in the day this man, known to blogland as Fisherhubby, figured out the problem and got the car back in 2 wheel drive.

Now he expects to be paid mechanic's wages.

So the adventure saga continues.

Not sure if you two did not pick the wrong time to take a venture. That is so scary. So thankful all turned out well. May the rest of your journey be safe and better.

I just absolutely love the way you put words together. Makes me want to read more! You need to write a book girl! :)

This was so funny to read but anything but funny to think of it really happening. Bless your heart, so glad you all are okay and safely put. Blessings for the new week!

Glad your safe. We were deep in a ditch in Nebraska once and thankfully someone came buy to help us on the empty road!!!!

Icy roads are so not fun. Glad you are both OK>

Oh dear! Glad you are okay!