.
Our Hayward/Birkie weekend is nearing an end.  We decided we'd better party on our last night.

What follows depicts the wild and crazy partying of two senior citizens.

It may get ugly, so use your own discretion about looking any further in this post.

You have been warned. 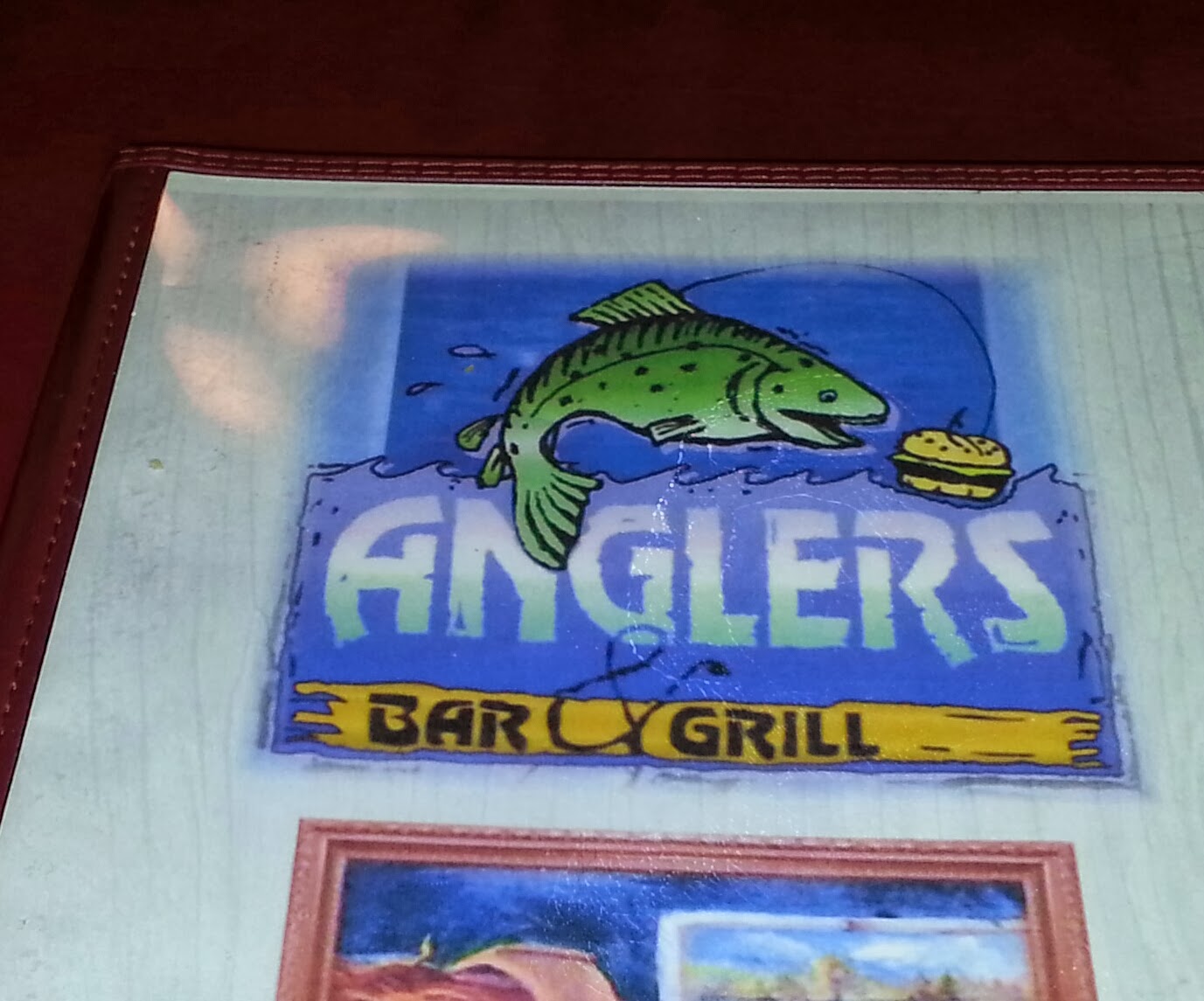 We got the party started at one of our favorite haunts.  This is the same place where we got the Birkie brat which we ate on the street. 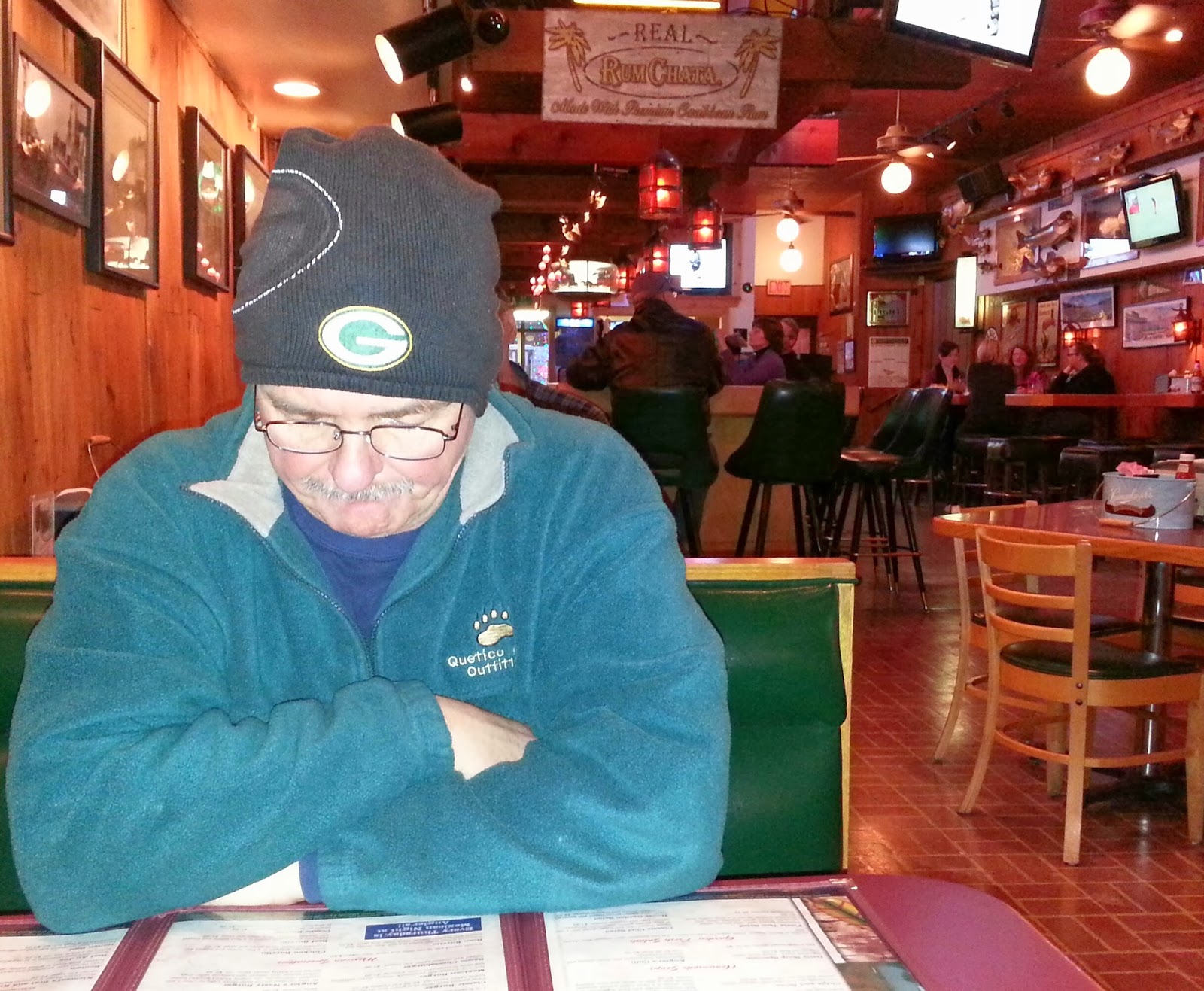 We took it indoors tonight. 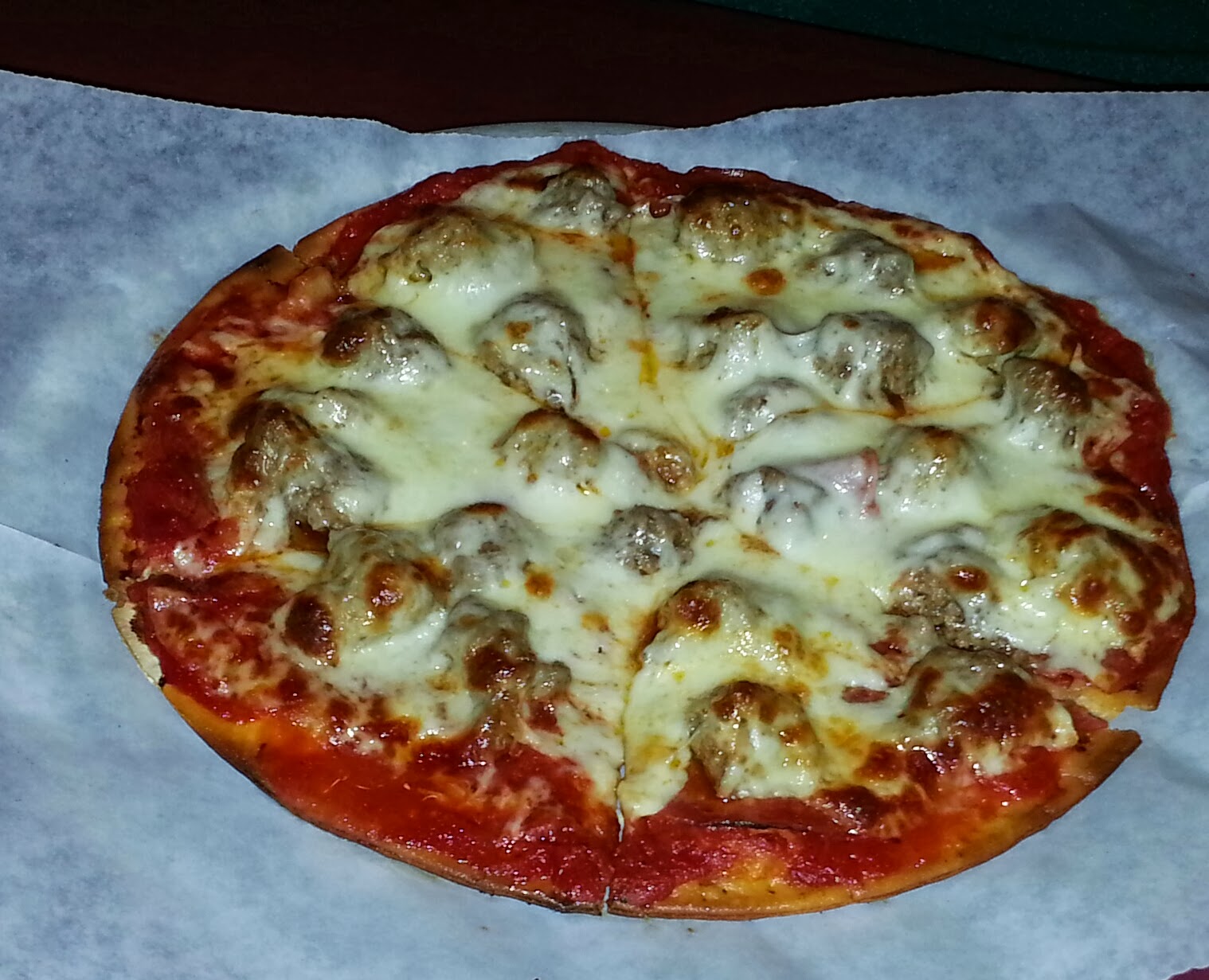 Fortunately for him this is health food containing 4 essential food groups: grains, dairy, protein, and vegetables. 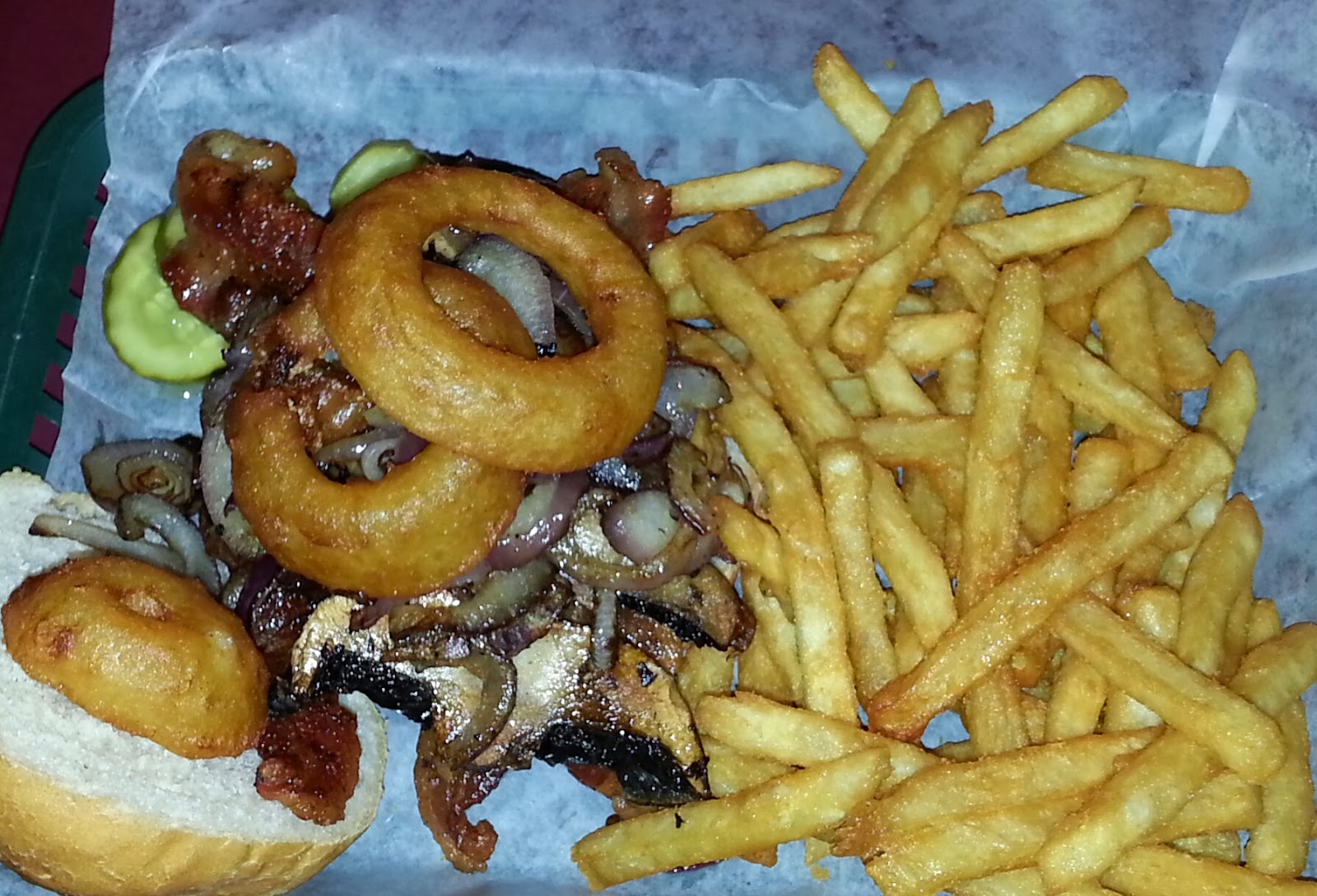 The fries were full of fat and carbohydrates so I was a good girl and only ate four.

After eating a very light supper, (interpreted: stuffing ourselves til we could barely walk) we took in the lights. 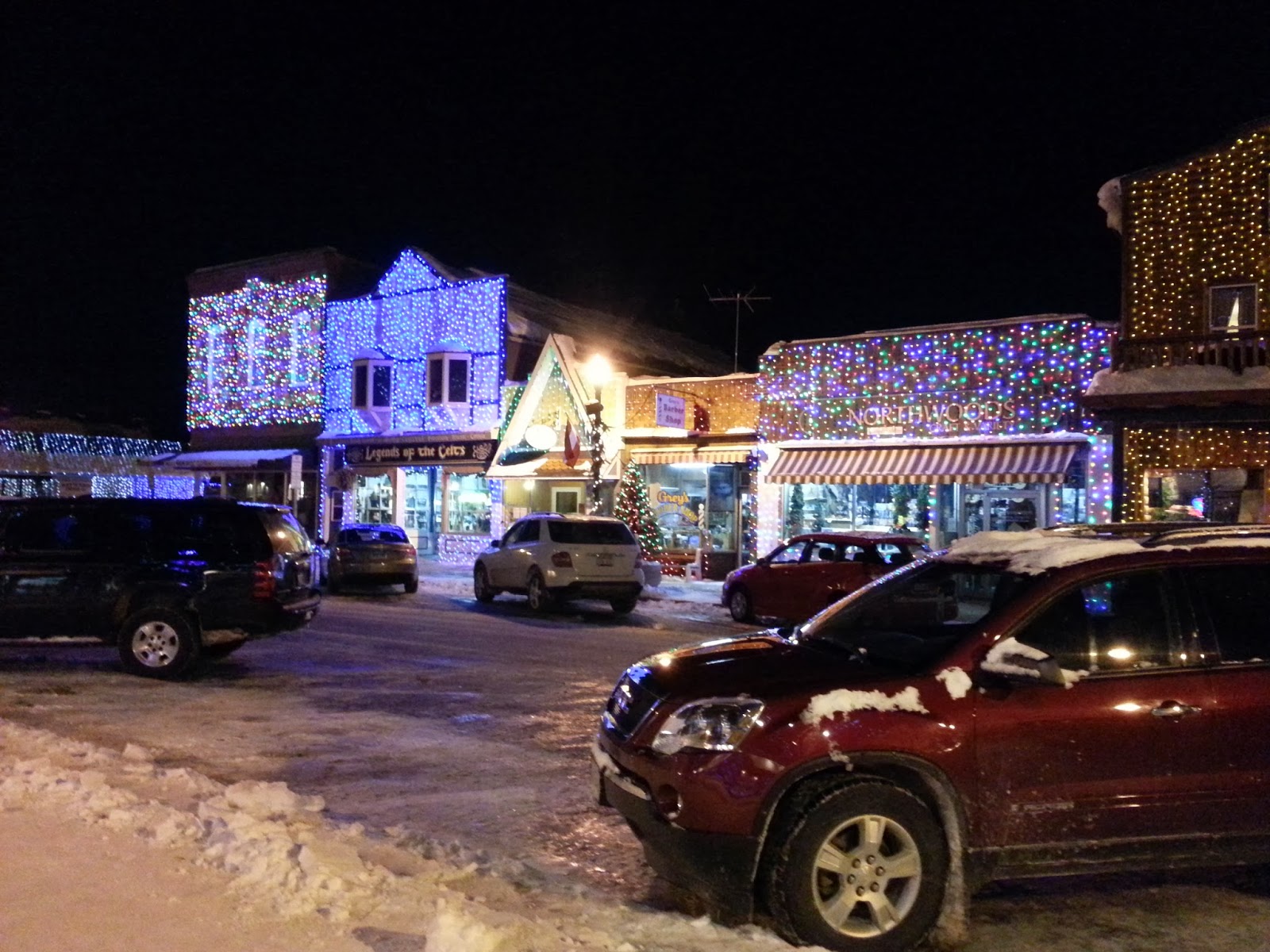 Hayward goes all out to transform into a fairy village of Christmas lights. 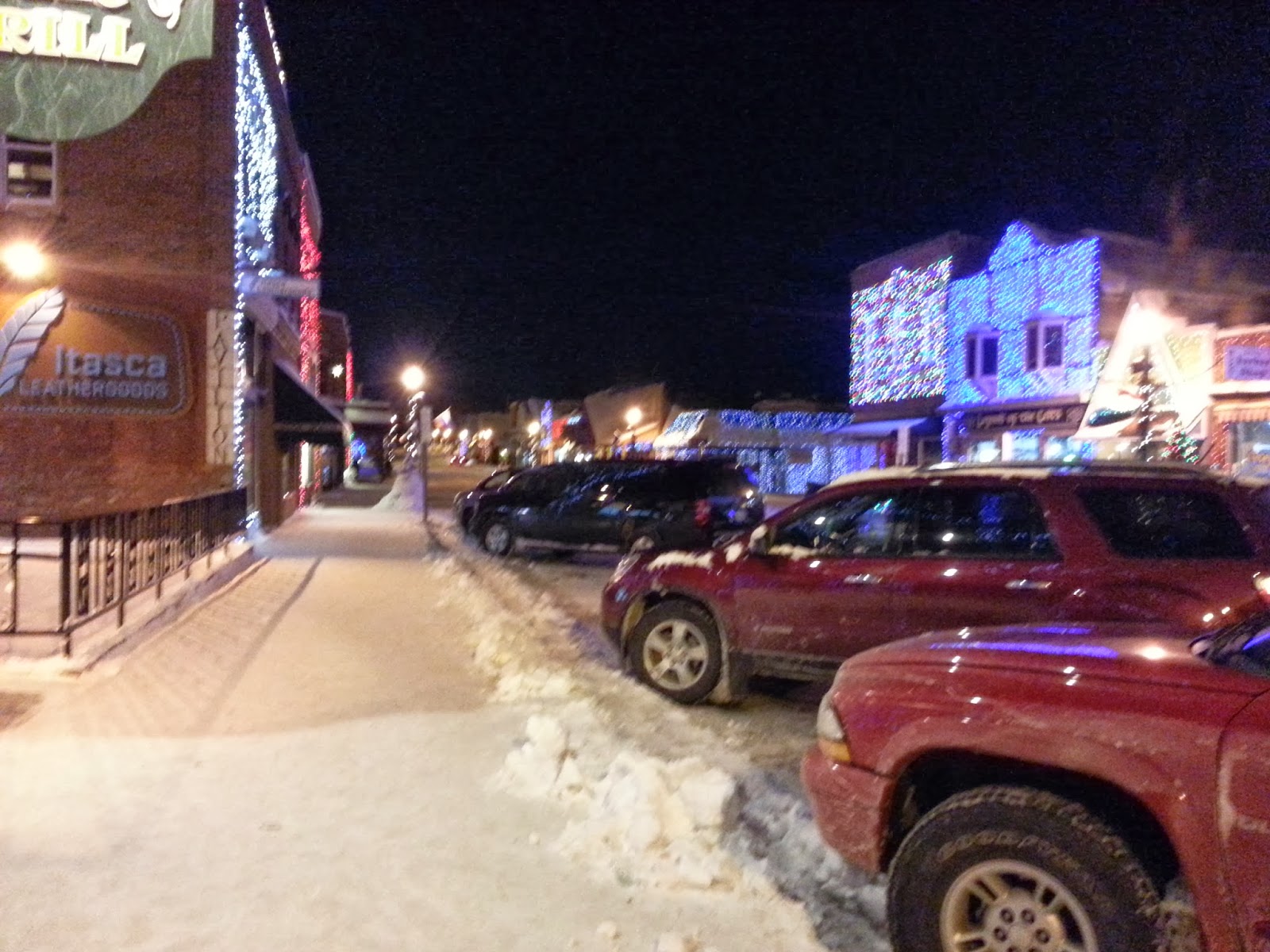 They kept them up for the Birkie.

I LOVE this town.

After the light show we headed back to our hotel where one of us wanted to party like it was 1974 in the jacuzzi. 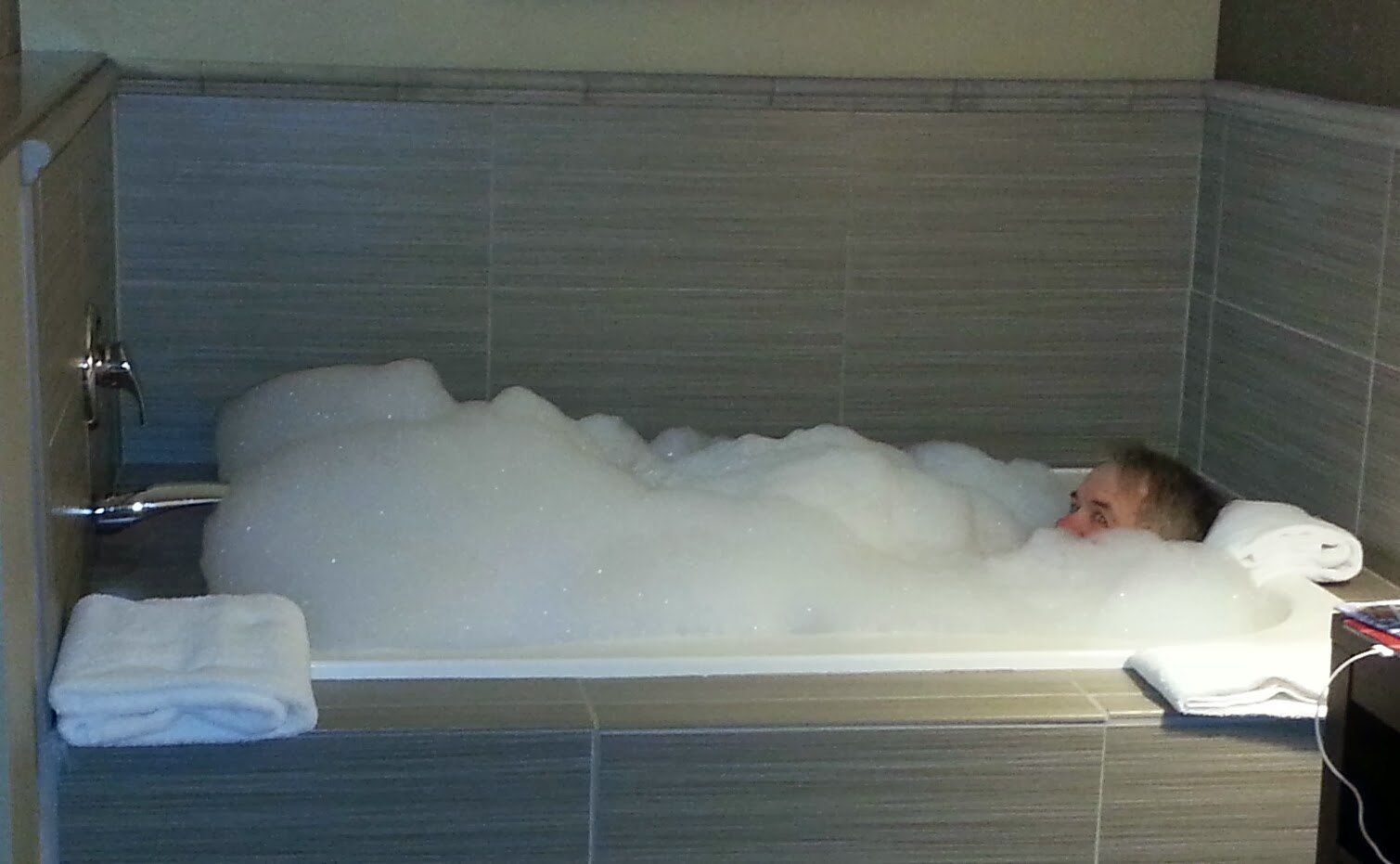 Someone also got a little carried away with the bubbly - - - 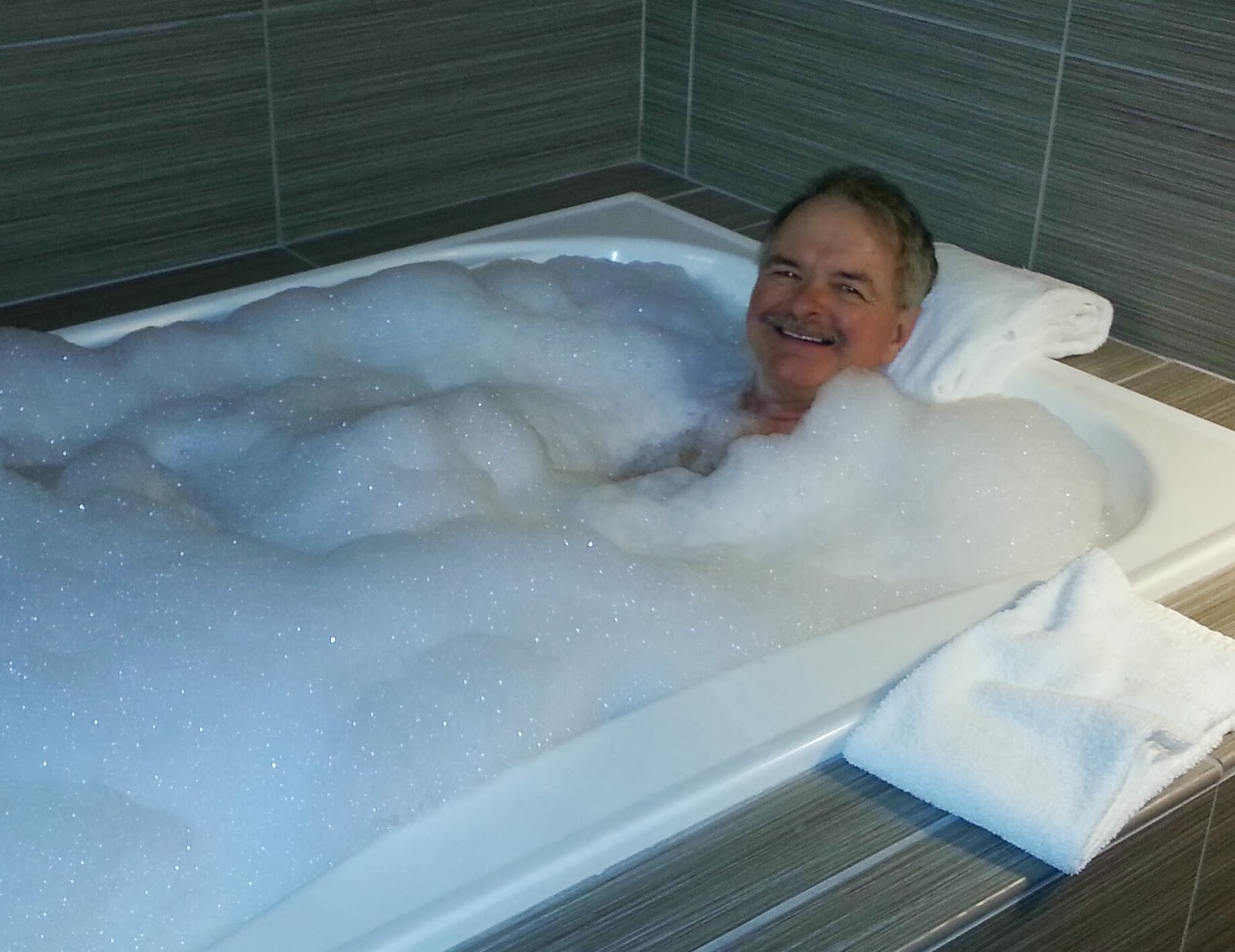 And was proud of himself for it.

Sadly, now that we've played late into the night, the party's over.

Someone partied too hard and is already snoring.

Well, it is late so that's to be expected.

Sounds like ya'll had a blast! I would have loved to join you for dinner. Yum!

You two had better settle down! Your dinner looks amazing!

You two know how to party! I am now hungry for pizza!! Love the lights on the buildings. Fisherhubby knows how to take a bubble bath!

A student of mine's mom was in the Birkie. It looks like a great way to break up the winter.

Have a great week!

Are you blogging elsewhere or taking a break?

yo are you still blogging?

Where have you been?