A Christmas Madrigal for Sunday in My City 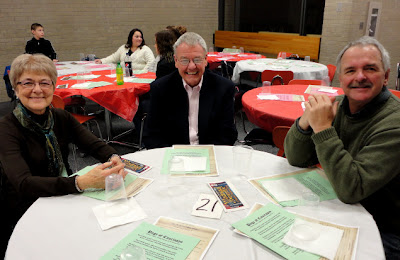 One crisp moonlit Friday night, Fisherhubby and I joined our friends Bill and Eloise (pronounced E-Lois) and headed to one of our local high schools to take in the Christmas Madrigal Dinner.
.
. 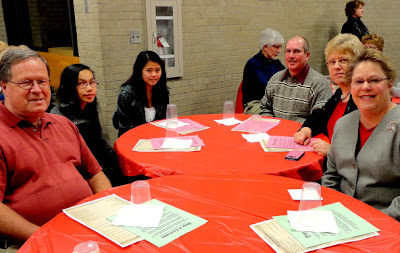 We were joined there by other friends,
.
. 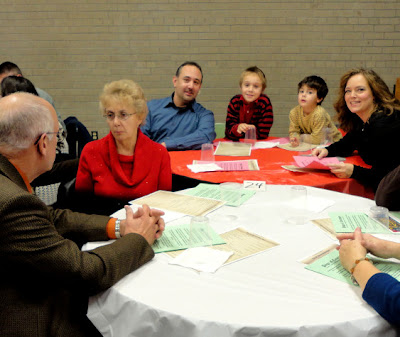 Among them the grandparents, parents, and siblings of who for US was the "star" of the Madrigal.
.
. 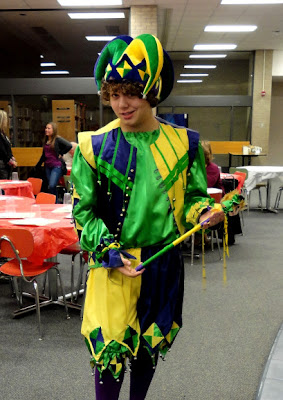 Have you ever seen a more handsome Jester in your life?
.
. 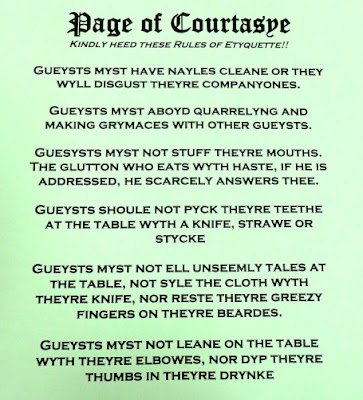 While we waited for the festivities to begin, we read through the "Rules of Etyquette" which we found at our places.

I don't know for sure and for certain, but methinks perhaps our very own Jester, Marcus, had a nimble hand in helping to CREATE this list.

At least I can "hear" his voice throughout.

If you did not take the time to READ through and decipher this list - - - oh do go back and do so now.  They are "choiyce."

Soon it was time for the entertainments to begin.
.
. 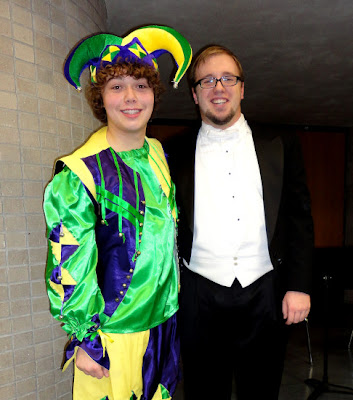 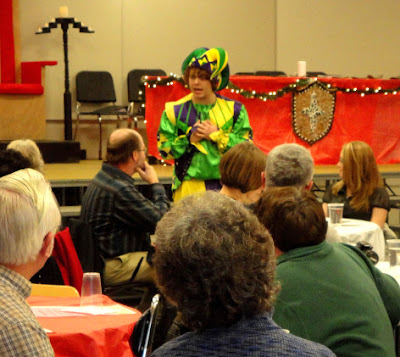 He was one busy and talented Jester.
.
. 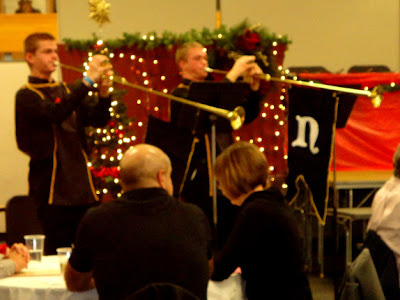 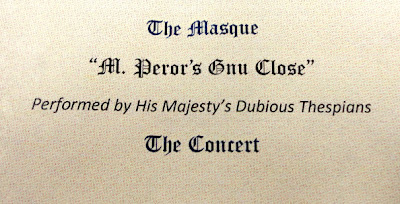 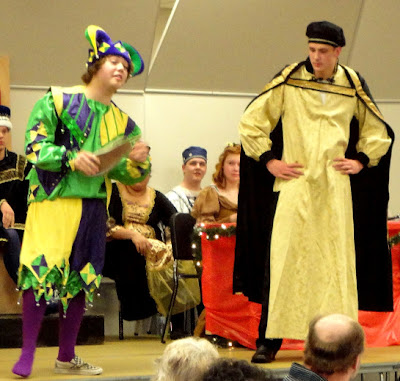 As far as we were concerned, being his greatest fans and all, the Jester stole the show.

With a lot of help from his also very funny counterpart, "Pierrot."
.
.

Each and every "gueyst" received one of these designer dessert plates. 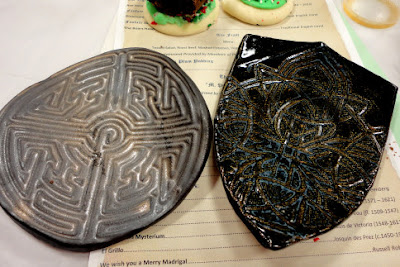 They were made from clay especially for the Madrigal by the oh-so-creative students in the Art Department at Nekoosa High School.

And all returned home better for having shared a little Renaissance Christmas Culture with his neighbor.

Joining Unknown Mami
For Sundays in my City.

Please hurry over to her place to see
What others are sharing of their cities.

My city is Wisconsin Rapids, Wisconsin
.
.
Posted by Keetha Broyles at 12:00 AM

He is without a doubt, the most handsome madrigal I have ever seen. And I do hope you obeyed those very strict rules and did not make a glutton of yourself or clean your nails with a knife at the table. (HAHA) And those plates are awesome -- what an event!
:-)
Traci

That looks like it was a nice evening out.

A fine jester he was too. (LOVE the cap). The evening sounds like it was great fun. Congrats to the troupe. The title of the performance was hilarious.

How cool is that?? I would have loved to go to an event like this. The plates are a wonderful piece of art.

What a fun time of jesting and thesping....and a very handsome jester indeed.

Sounds like a great time! Have a Merry Christmas!

This looks like it was so much fun! That jester costume is awesome -- and I never would have guessed it was a dessert plate you posted on FF!

A very handsome jester, indeed! This looks like a very fun evening out!

I think it looked a fun evening. I like the table etiquette list. I frequently have trouble with #1 because I am always getting my hands dirty with gardening projects.

Marcus' jester garb is so awesome - please rush it down for Joe to wear as he jests this evening! What was happening in the one shoe on/one shoe off scene?

Oh WOW! It looks so fun, and my my what a handsome Jester.

How fun! Love the costume! I remember those times at my son's school! Miss those special fun evenings!
Miss Bloomers

I thought your clay thing was a teabag holder. Sounds like a fun evening. E-lois hasn't been featured in your posts for a while. :-) Have a good week!

I hired that Jester for a birthday party once. He owes me $57 for breaking a vase.

That seems a nice celebration.
www.thoughtsofpaps.com

How very cool! I love the dessert plates - very nice!

handsome jester.. your smiling faces tell us what great time u had! Oo love the plates too..

What a party you had. Good idea to give plates like that, pretty.
ps. IF my future home will be true (now it's not, just a joke) I promise to ask all my bloggy friends for a (short) visit! :)

Looks like a grand evening! Love the rules and especially the plates made by the students!! Cute jester, too!!

I love the Jester. He looks very comfortable in that role. I swear it's really hard to read those rules of etYquette without an English accent. I'm glad to hear His Majesty's Dubious Thespians Thesped. There's nothing worse than thespians that refuse to thesp.

Looks like a fune evening and yest the Jester is very handsome!

I like the jester, too. Hope you were able to obey all the rules.

That Jester is so very cute! :D