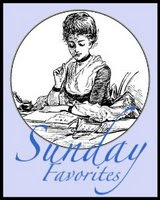 Today is Sunday again, and you know what THAT means!?! It's time for "Sunday Favorites"!!!

Sunday Favorites are RERUNS, not current posts - - - if you want to participate, just repost something you previously posted "back in the day."

Thanks so much to Chari over at Happy to Design for hosting this meme. You may click on the link to find the rules and see more favorite posts.

I have not participated in Sunday Favorites for several months, but today I just happened across this goldie oldie post of mine and thought, "Hey - - - that would be a good one to repost for the New Year!"

So, without further ado I give you:


And Then I Withdrew and Became a Huge Couch Potato

This morning, over at Jen's place, "The Pipe Life", I saw a post about goals and resolutions and how we're doing with them. Her post really got me thinking. 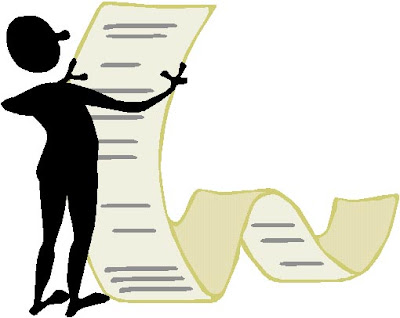 I realize that there are MANY who LOVE to live by goals - - - they are the "list-makers."

They simply do not function well unless they have written goals and tasks which they can check off their list. And what lists some of them have - - - - if we ever have a shortage of adding machine tape, we will point at the list-makers and say "it's THEIR fault."

Many of that same list-maker genre also love to read books about organizing their life, making and keeping goals, and other self-help stuff. Their bookshelves are FULL of these books, and I could probably start naming authors whose mere NAMES would send the list-maker genre into peals of ecstatic joy.

And, since that seems to WORK for the list-makers, I say "more power to 'em."

BUT, I am NOT one of those. 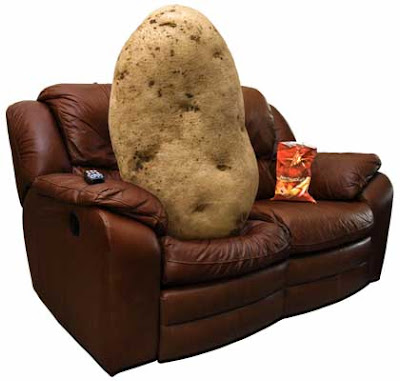 If forced to write down goals and deadlines and lists, I withdraw into myself, procrastination mode takes over, and I become a HUGE (notice the emphasis on huge) couch potato.

I never buy nor go to the library to check out a single self-help book.

YIKES - - - maybe they just remind me how little hope there IS for me, I don't know. But I suspect it is more because they are simply a LONG LIST OF THINGS TO DO disguised under the title of "How to (fill in your own favorite self-help topic). 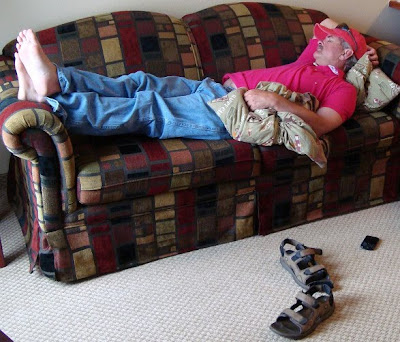 And if you give me too many deadlines at once, I just simply feel overwhelmed with busyness and instead of tackling the list one item at a time, I MUST kick off my shoes and TAKE A NAP!!!

So, instead I have ONE goal.

ONE is a number I can love.

And what is my ONE goal you may ask?

It's simple really, my ONE goal on New Year's day and every other day is to be obedient to the leading of the Holy Spirit.

I can HANDLE that.

And, it's working. My life has meaning. I'm busy. Here are some of the things that are new to me in the last few months, and all with no more than my ONE goal and resolution:

*Packed up our Indiana home and moved to Wisconsin
*Unpacked and settled in.
*Began teaching a KIDDs class on Wednesday evenings at our church.
*Began leading a nursing home ministry team which goes out bi-weekly.
*Began volunteering in the Shepherd's Loft three mornings a week. (Called a loft because it began in a balcony, though it has now taken over an entire basement.)
*Took on the responsibility of doing the monthly newsletter for our church.
*Began working on being a more gentle person.
*Maintained our home.
*Continued blogging to my heart's content.

I do not list these things in an effort to boast - - - it's really a very modest list. No, I show this list in an attempt to ENCOURAGE the REST of you out there who are ALSO of the non-list-maker genre like me.

Because really, if you are like me all that "goal" stuff just sends you into hibernation or estivation, depending on the season.

I want to step up and say:

YOU CAN ACCOMPLISH MUCH WITH ONE LITTLE GOAL!!!!

Fisher Hubby looks so relaxed on that couch. I'm jealous. I don't think I've taken a nap like that in a while. That's an amazing goal. I'm going to try that.

Can you please come over to my blog I have a surprise for you!
Cindy