On The Frag Again

.
It's Friday and I'm on the frag again.  Double entendre there 'cause I'm fraggin on the road so I stole the old song title and made it my own.

Why not check out my frags, then click on one of the links at the end of this post to join the party over at Mrs. 4444's place and see what everyone is fraggin about.
.
. 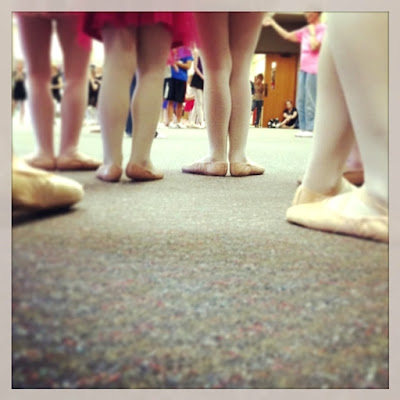 I'm on the road again down here in Indiana for the sole purpose of attending our gran's FIRST ballet recital.

Her mommy captured this shot one day at ballet class of all the little ballerina feet.  Isn't it priceless?
.
. 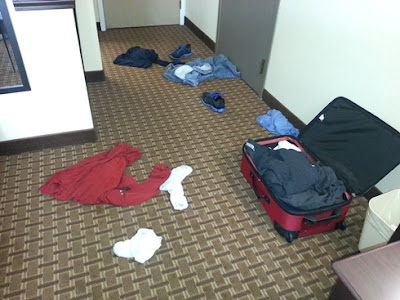 Being on the road with Fisherhubby is an adventure.   This is how he took care of his dirty clothes yesterday after his shower.

"Do you want those in the dirty clothes?"

"Are you going to wear them again?"

"What are you going to do with them?"

"I'm going to keep them right there." 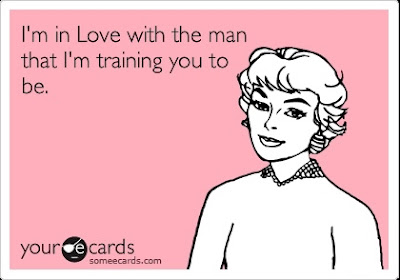 I've tried for nearly 38 years to train Fisherhubby and so far all that's been accomplished is I've been well trained to put up with his antics and clean up after him.

Colossal FAIL on my part. 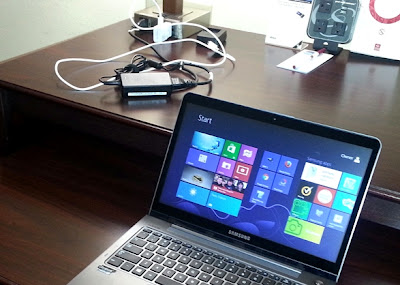 Do you think I travel with enough recharging devices???

That pile is all mine, Fisherhubby has equally as many somewhere else in this room.

Couldn't some wonderful techno geek invent ONE COMPACT UNIVERSAL charger for travel?  I mean we've sent men to the moon, how hard could it be to make a universal charger?

Oh yah, I forgot, some people think that whole moon thing was one colossal hoax.
.
. 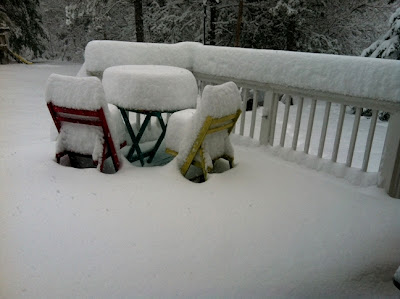 Yesterday morning while we were enjoying 80 degree temps here in northern Indiana a Wisconsin friend sent me this picture of his deck.

That all fell yesterday.

And enough more besides to total 17 inches. 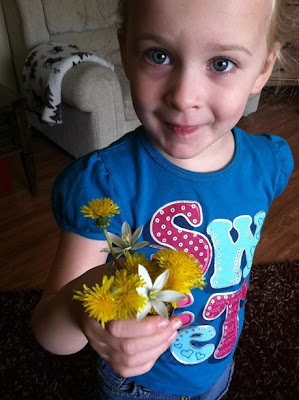 Little ballerina doesn't know we're here.  She doesn't even know we're coming.  So the other day she had her momma send me this spring greeting pic. 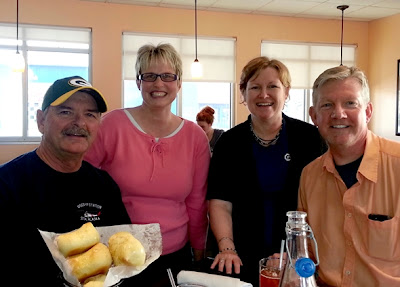 One of the very best parts of fraggin on the road again is getting together with old friends.  Wednesday night shortly after we arrived we met Mike and Diane for supper followed by a round of euchre.

You're going to have to be satisfied with this one photo 'cause I've forgotten to snap our other friend hook-ups.
.
. 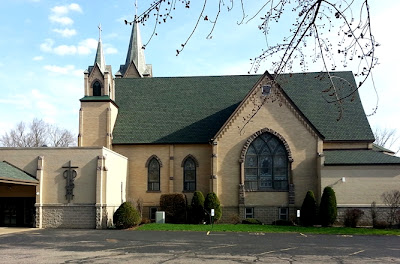 I showed you this pretty Lutheran church in the background of one of my travel pix on Wednesday.

Cass, who is a bloggy friend AND a Lutheran said most Lutheran churches she'd seen were ugly, so I just wanted to show this closer-up of it so you could all see just how beautiful it is.
.
. 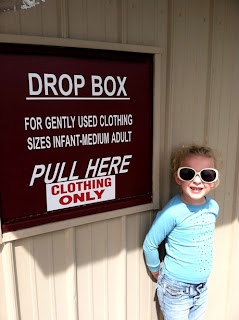 The other day our daughter Keri and our grans delivered a load of "out grown" clothing to this donation center.

Little Miss Piper had to hug and kiss her favorite jammies good-bye.

Hmmmmm - she must be related to he Aunt Korie who always felt sorry for ANYTHING she had to weed out or throw away.
.
. 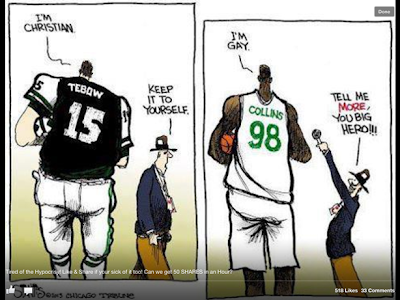 It is amazing to me that a country whose Founding Fathers established it on a Biblical platform of faith can have come so far that now those who are most loudly criticized and called haters are those who still adhere to the Christian faith.

I have never hated anyone in my life, but since I am a Christian I have felt that labeling many, many times.
.
. 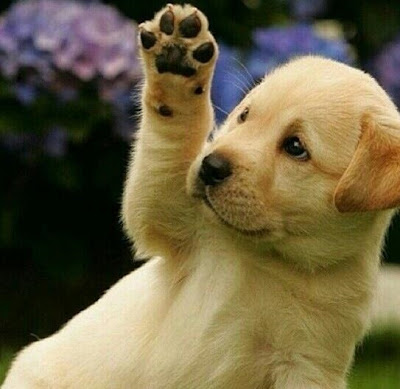 Ta Ta for now!   That's all the road frags I've got for today.

.
Please hurry over to Mrs. 4444's place
Where you will see LOTS of other frags
Either from the road or from home.
Why not write your own frags and
Join this Friday Party!!
.
.
Posted by Keetha Broyles at 10:07 AM

I am Lutheran - I like the olders churches myself. Glad you were able to spend time in IN with family :)

Oh, one of the first things I taught Hubby after we were married was where the dirty clothes basket was. That was 42 years ago and he's still remembering. :o)

Enjoy the dance recital. I'm sure I'll be attending one of those next year with my Princess.

Sounds like a fun trip so far. Have fun at the recital.

I love the little feet pic! Just precious.
I guess I should stop complaining about the rain and be grateful it's not snow!

Hotel rooms don't come with rugs and Fisherhubby knows how much you love rugs so he substituting a shirt or two as a rug for you.
--
The charger thing has gotten a little better since many gadgets now use a USB connector. There are charger sets that include many different adapters. Our daughter bought one a few years ago.
It's been too long since I played euchre.

I love your frags, each makes me smile.

Yea, ganna have to agree with that comic strip. It sure seems like Christians get dumped on, more than a bit.

I hope you have a lovely visit!!! There is a very beautiful Lutheran church on Hwy 214 in MD. Just lovely with a bright red door and brick.

I'm scrambling to try to find something for all the chargers for our trip next week ... just for DH and me: 2 laptops, 2 iPads, 2 cell phones, 1 camera. You'd think someone would have invented some kind of central charging system by now. ;-)

I'll bet the Little Ballerina is thrilled when she sees you at the recital. Have fun!

What a fun road trip and seeing the ballerina is going to be wonderful! I know you are having fun, even if you have to pick up after FH! Men!
hugs,
Linda

We lucked out of the snow, just rain here. Hopefully it will be all melted by the time you return.

A friend in Green Bay sent me pictures of the Ashland area full of snow on 13 March...Where was the snow in the picture you posted? I remember when I lived in Appleton when it snowed on the 5th. May and all the beautiful blossoms fell off the trees and some tree branches broke off from the weight of the snow...UGH!!!!
Thanks for your post..and pictures..GREAT
Love from NC

Adorable picture of the little dancing feet. I don't know what's worse, husband rebellion or husband ignorance (or is it really?) my husband claims daily that he doesn't know which basket the dirty clothes go into and he cannot tell the difference between the trash and the recycling. This from a guy with such an incredible memory that he kills (answer wise) the contestants every time we watch Jeopardy.

Love the ballerinas' feet....and the little ballerina with the flowers! That's a lot of snow - I finally got to see some during my recent trip!

That church is so pretty, Keetha!