"Dance With Somebody" for Sunday in My City 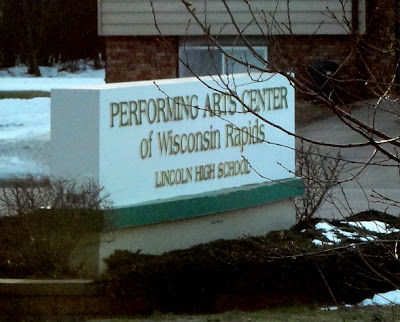 People stand in line to get tickets and save seats down near the front.

"Johnny-Come-Latelies" have to sit in the back or the balcony.
.
. 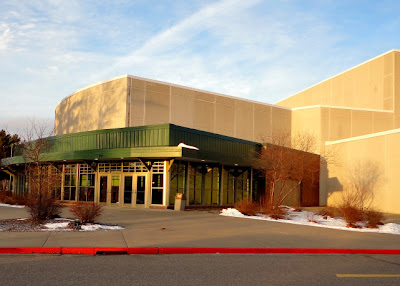 On a crisp, cold, Saturday afternoon the town gathered in the PAC, Performing Arts Center, for the January recital of 2013.
.
. 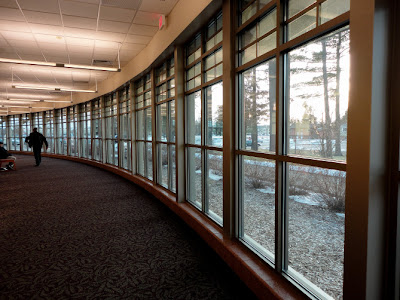 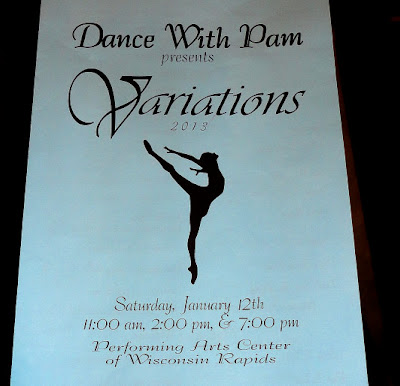 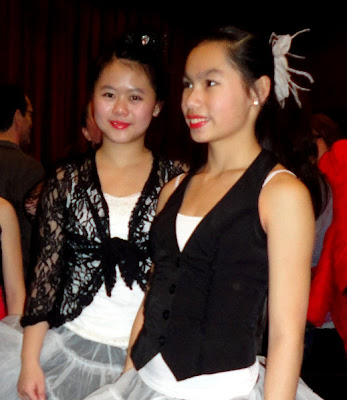 For me, Tracie and Kayla were the star performers.
.
. 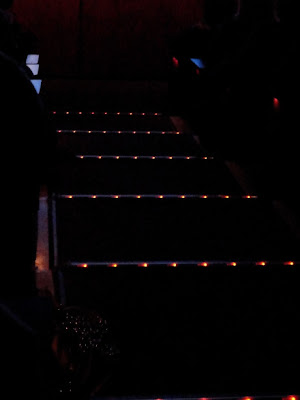 The house lights went down. 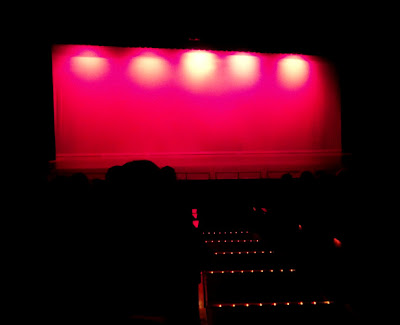 Drew my eyes toward the stage which was ready and waiting for the dancers.
.
. 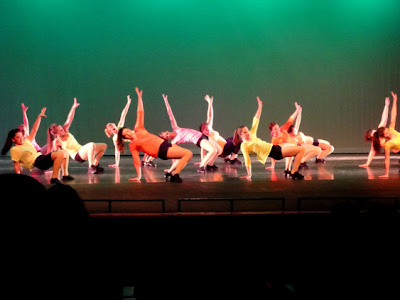 First there was some Havana Brown, Enrique Iglesias, and Jennifer Lopez.
.
. 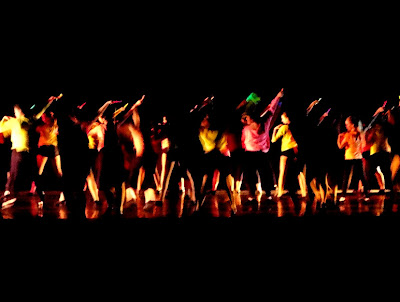 Glow sticks and gasoline cans were used as props.  ("Gasolina" was one of the songs) 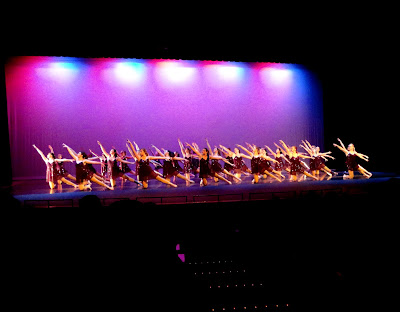 Next we remembered Whitney.
.
. 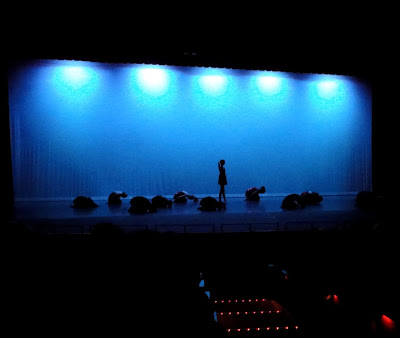 Silhouettes made the transitions between numbers.
.
. 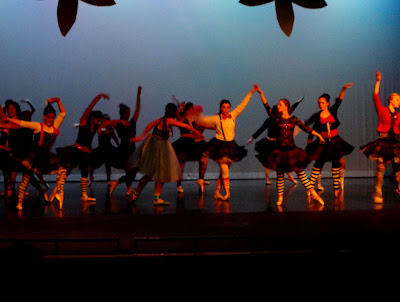 Then we were treated to Alice in Wonderland.
.
. 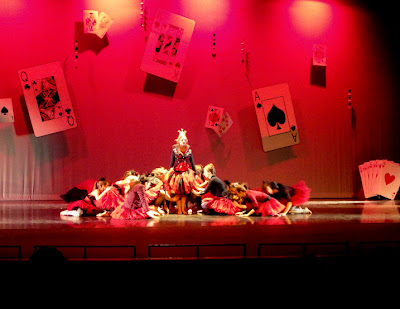 The Red Queen was terrifying.
.
. 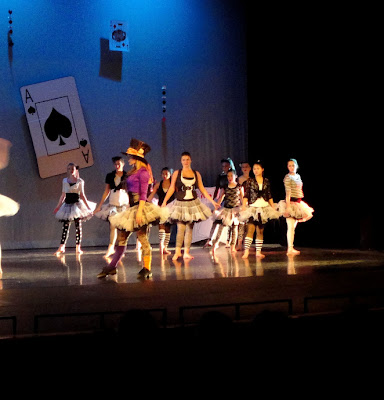 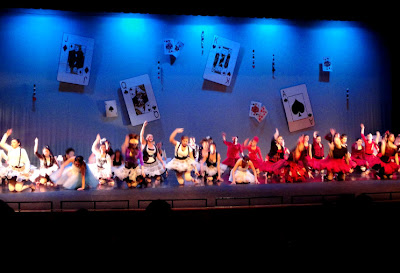 The battle between the minions of the Red and White Queen was fierce.
.
. 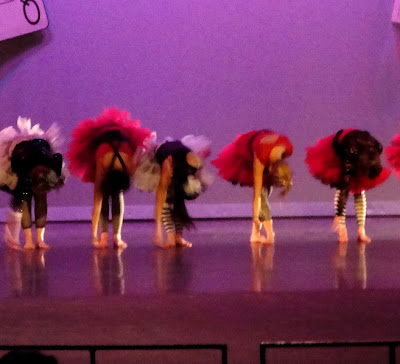 The minions made up just in time for curtain call.

Come again in the spring, please!

One quick Fishserhubby tale about the dance recitals in this town:

Last spring, we had tickets for the recital.  Fisherhubby, not realizing what a BIG DEAL it was in this town, mentioned to his nurses at the ER that we were going to the recital.

They asked what our seat numbers were.

We didn't give up our coveted seats for them.


And that's what's been happening in OUR city, what's up in yours?
.

.
Today I'm joining Unknown Mami
For Sundays in My City.
.
Please hurry over to see
What others are sharing from their cities today.
My city is Wisconsin Rapids, Wisconsin
.
.
Posted by Keetha Broyles at 12:00 AM

Thank you for sharing the wonderful dance recital. I enjoyed all of the movements.

You captured the excitement of the recital so well, gorgeous set of photos this week. I can see why the performance is a hot ticket.

I am envious. I felt like I was right there in the front, not the balcony. Great shots.

I love that the dance recital is a BIG deal in your town. Makes me want to move there!

Looks like it was a great performance! I really like the idea of the silhouettes between numbers. The Red Queen looks fierce!

I also had a great time yesterday watching the girls. It makes me reminisce about when Brittny danced. Alice in wonderland was my favorite. Great job Keetha on the pics and comments.

I can see why it's a big deal, it looks like they put on quite a show.

You got some nice pictures of what looks like a fun time! Enriching, eh?

Wow! That looks like quite a production! The outfits are very impressive, and I love that hallway!

Oh wow, what a spectacular way to spend any day!

Love it! Glad you shared.

I absolutely love dance recitals. You've got such a grand set of photos, Keetha! Once dance program I attended was so fantastic I forgot to take a single photo and felt quite stupid later. We had such great seats too! Sigh.